10 Examples of Workplace Bias and How to Avoid Each 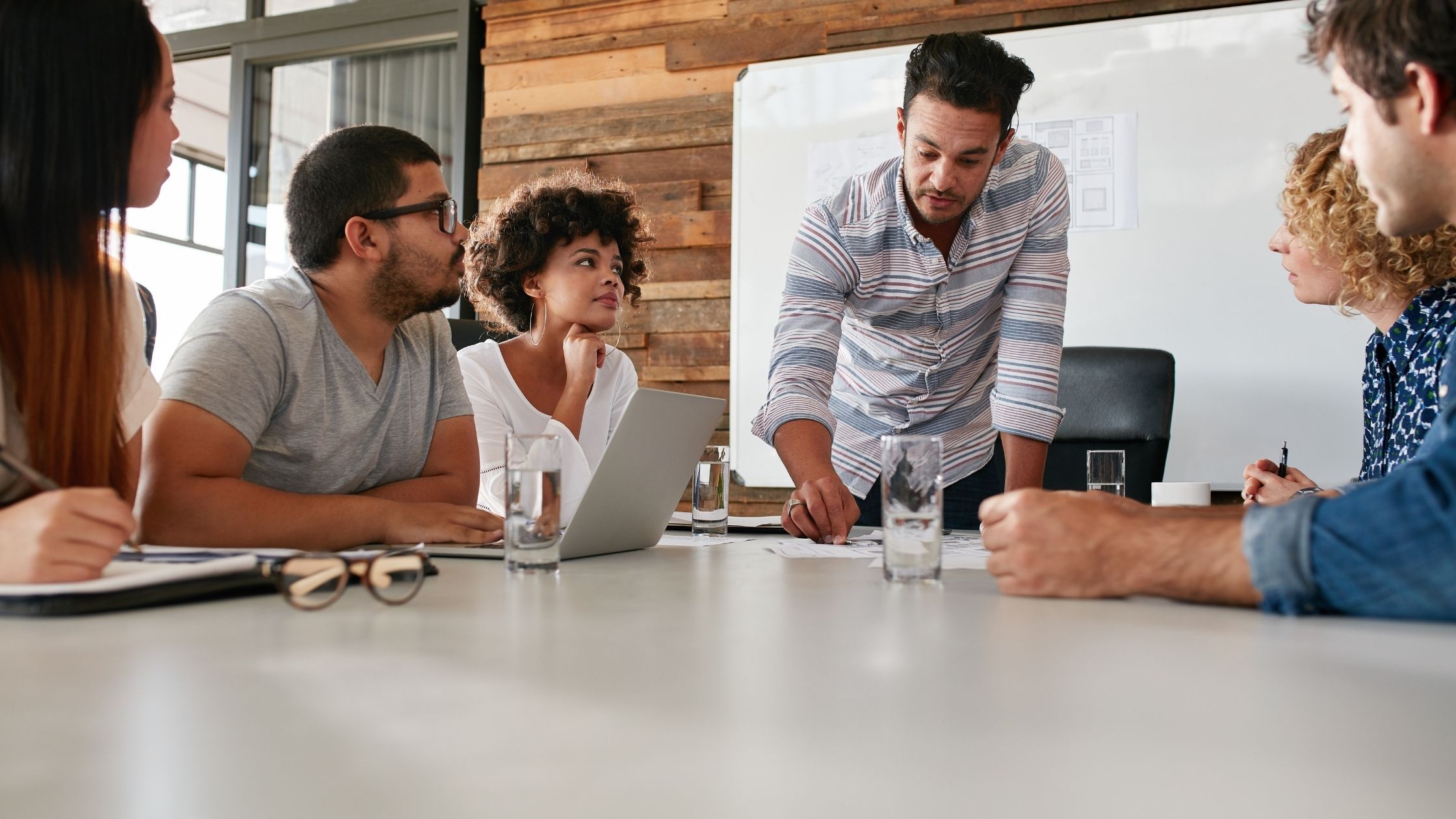 Inclusivity is important, especially in professional environments. However, things like workplace bias can make this difficult.

If you want a more inclusive and diverse workplace, minimising bias is crucial. The simplest and easiest way to do this is by familiarising yourself with the different types of workplace bias and finding ways to avoid them - this is what we’ll cover today.

What is Workplace Bias?

Workplace bias can be a complex topic. In the simplest sense, it refers to any prejudices we might have towards a certain person or group.

Biases are based on personal experiences, stereotypes or beliefs that can affect how you see the world around you. Although having biases is natural, it can be quite harmful.

If you are biased towards something, there’s a big chance that you are biased against something else. This leads to inequality, which can be very detrimental in the workplace.

Unconscious bias can be very difficult to address since the person who has it doesn’t even know that they’re biased.  That’s why the first step to reducing unconscious workplace bias is learning how to recognise it. Once you’ve identified it, you can make efforts to eliminate and prevent it.

In the next section, we’ll discuss the different examples of workplace bias and how to avoid them.

10 Workplace Bias Examples and How to Avoid Them

Gender bias is a type of workplace bias that favours one sex over another. This leads to the preferred sex receiving better treatment, getting higher chances for promotions or progressing faster in the company.

Women are the most common victims of gender bias. A 1999 study found that both male and female recruiters are more likely to hire male applicants, regardless if they have an identical CV to a female applicant. Women are also less likely to be offered promotions than men, especially after giving birth.

Avoiding Gender Bias: Fortunately, gender bias is easy to avoid once you’ve identified it; simply try switching the genders. If your perception changes, then that means your decision is affected by gender bias and you should reconsider immediately.

Age bias, also known as age discrimination or ageism, is a type of unconscious bias that leads to the belief that older people can’t do their job as well as younger people or vice-versa.

Obviously, not only is this unfair but it’s also detrimental to the employer. With age comes experience and expertise–two things that are critical to any successful business. On the other hand, young employees tend to grasp new technologies faster and may contribute in novel ways in a traditional role.

Avoiding Age Bias: In order to avoid ageism in the workplace, it’s important to make younger employees realise the value of older employees and vice versa. You can do this by creating events and situations where they can interact and get to know each other better. This way, older employees can pass on their wisdom to their younger counterparts, who, in turn, can orient them about things that their older counterparts may not be familiar with.

Attractiveness bias refers to a type of bias that results from judging people based on whether or not you view them as attractive.

Being perceived as attractive can also lead to preferential treatment, resulting in higher incomes, better chances of getting promoted or being forgiven when it comes to mistakes or shortcomings in the workplace.

Just like gender bias, women are also more likely to experience attractiveness bias, though men are not exempt.

Avoiding Attractiveness Bias: One way to avoid attractiveness bias is to consciously look past a person’s physical appearance when considering them for a position or for promotion.

Similar to the last type of bias, weight bias is also based on a person’s physical appearance. Specifically, this unconscious workplace bias appears if the other person happens to be lighter or heavier than the average.

Having this bias can lead to believing all kinds of stereotypes against the person deemed too light or too heavy. It can happen to everyone, both male and female.

It’s natural to feel more drawn to people who you feel are similar to you, whether that’s because of their gender, race, age, hobbies, educational background, experiences, or something else.

It doesn’t even matter if the similarity is actual or perceived – if you think that you have a lot in common with another person, chances are you’ll feel more comfortable with them.

Of course, there isn’t anything inherently wrong with wanting to spend more time with people who are like us. Our need to belong to a group is practically hard-wired into us. If successful, it can lead to more enjoyable social interactions, higher self-confidence, and, in the case of professional workplaces, increased productivity.

However, it’s crucial to recognise the importance of diversity, as well. In fact, getting to know people dissimilar to you in various aspects is a great way to gain new knowledge and insights and ideas.

Avoiding Affinity Bias: The two most common situations where affinity bias pops up are job interviews and during an employee’s first days at work.

Another type of bias that is rooted in physical appearance is height bias. It affects people who happen to be shorter or taller than average.

For example, one study revealed that a person who is 6 feet tall is likely to earn £3,300 more than someone who is 5ft 4in.

In addition to this, roughly 6 out of 10 company CEOs are over 6 feet tall. This is due to the misconception that taller people, particularly men, are wiser, healthier, and happier in life. Obviously, this isn’t true for every single tall person out there.

Avoiding Height Bias: Like other types of biases based on physical appearances, height bias can be avoided by simply looking past a person’s appearance and judging them based on their skills and performance instead.

With contrast bias, we unconsciously compare something against another thing without regard for the other items in the same set.

For example, if you’re hiring from a pool of 20 people, contrast bias can lead you to focus on just two candidates and see each one in contrast to the other. If the first candidate happens to be particularly good, contrast bias can make the second candidate appear to be lacking, even if he’s actually better than the rest of the candidates.

On the other hand, a poor candidate can make someone else seem much better, purely because of contrast bias.

Avoiding Contrast Bias: When choosing candidates to hire or employees to promote, it’s best to use objective metrics or scores based on qualifications and qualitative feedback.

Confirmation bias is dangerous because it affirms an existing idea, belief, or perception we have about certain people, whether or not it’s true.

Worse, even if there’s already evidence suggesting the contrary, confirmation bias causes us to ignore it and only see evidence that proves what we already believe in the first place. This can affect the way that we make decisions, often in a negative way.

For instance, suppose you believe that blonde-haired people perform poorer than people with other hair colours. You see two coworkers, one blonde and one brunette, handling a difficult task. Even if they both make mistakes, confirmation bias will lead you to focus on the blonde employee’s mistakes, affirming the initial belief that they perform poorer than others.

Avoiding Confirmation Bias: The best way to avoid confirmation bias is to be simply open to new or different ideas and viewpoints. Most of the time, confirmation bias happens because we refuse to let go of our beliefs and ideas, regardless if they’re correct or not.

As humans, we have the natural urge to feel like we belong. Due to this, we have a tendency to conform to other people in our environment in order to be liked and accepted.

However, too much can lead to conformity bias. This is a type of bias that creates pressure in social settings, leading to us changing our opinions and beliefs just to adhere to what the majority thinks.

In the workplace, conformity bias can be very detrimental because it leads to group thinking, which suppresses creativity, shoots down new ideas, and wards off constructive criticism. Obviously, this can result in negative consequences that may impact the company.

Avoiding Conformity Bias: Creating a workplace culture that fosters new ideas, entertains suggestions, and embraces uniqueness can help avoid conformity bias. When we feel pressured to act or think a certain way, we’re also less likely to go out of our way to suggest new ideas or offer different opinions.

Studies say it takes only one-tenth of a second for us to make up our minds about someone. Most of the time, this is only enough for us to judge them based on nonverbal cues.

Maybe they’re not good at holding eye contact. Maybe they seem a little grumpy. Or maybe their posture suggests overconfidence. Whatever it is, it could greatly affect how you view a person. This could be disadvantageous, especially in job interviews.

Avoiding Nonverbal Bias: Keep in mind that how someone moves or acts isn’t necessarily indicative of who they truly are. The important thing is that they have the right skills and expertise that the company needs.

Learning how to identify and avoid bias is an essential step in creating a more inclusive, more diverse workplace.

In addition to the tips mentioned above, you can also promote awareness, provide resources, hold training events to speed up the process and reduce workplace bias to a minimum.

Did you know SeeMeHired comes with built-in diversity and inclusion features that hide candidate personal data up until the interview stage? Learn more in a free personalised demo.